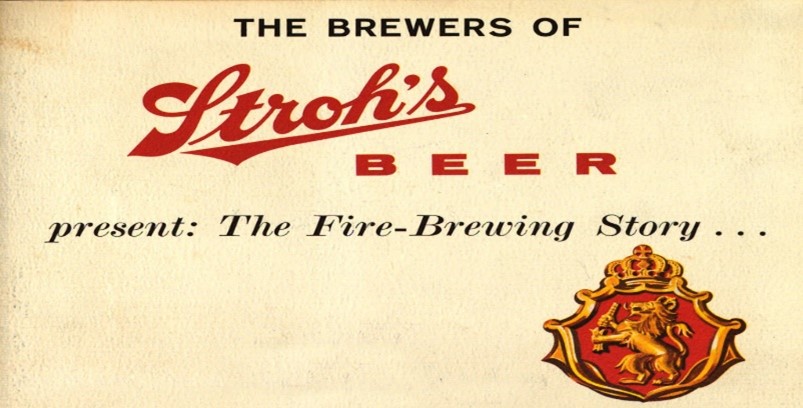 So They Can See That Is Not The Answer

“Bernhard Stroh arrived in Detroit from Germany in 1850 with $150 and a coveted family recipe for beer. He sold his brews door-to-door in a wheelbarrow. By 1890 his sons, Julius and Bernhard Jr., were shipping beer around the Great Lakes. Julius got the family through Prohibition by switching the brewery to ice cream and malt syrup production. And in the 1980s Stroh’s surged, emerging as one of America’s fastest-growing companies and the country’s third-largest brewing empire, behind only public behemoths Anheuser-Busch and Miller. The Stroh family owned it all, a fortune that FORBES then calculated was worth at least $700 million. Just by matching the S&P 500, the family would currently be worth about $9 billion.”[i]

When you visit your local supermarket, you will probably find shelves packed with Stroh’s beer. NOT! “Yet today the Strohs, as a family business or even a collective financial entity, have essentially ceased to exist. The company has been sold for parts. The Stroh Companies has doled out its last dividends to shareholders. The last remaining family entity owns a half-empty office building in Detroit. While there was enough cash flowing for enough years that the fifth generation Strohs still seem pretty comfortable, the family looks destined to go shirtsleeves-to-shirtsleeves in six.”

“Hard as it is to build a family business designed to last in perpetuity, it’s shockingly easy for any successor to tank it.”

During WWII, due to wheat shortages, John Stroh, the then CEO, decided to water down the precious Bernard Stroh family recipe and lower prices and sales boomed. John moved to the chairman’s role in 1967 and passed the reins to his nephew Peter. Peter’s plan was to grow the company by acquisition rather than incrementally and he “bet the family business, borrowing $500 million (the book value of the Stroh business was $100 million at the time) to buy Joseph Schlitz Brewing of Milwaukee. Suddenly Stroh was the third-largest brewer in the U.S., with seven plants and a national footprint. On paper there was synergy. FORBES valued the company at $700 million in 1988, listing the Strohs with one of the largest family fortunes in the U.S. at the time, shared by 30 relatives.”

“But Peter Stroh’s grand vision of a thriving U.S.-wide brewer failed to materialize. It largely missed the boat on the biggest industry trend in a generation: light beer. And Stroh’s core product–cheap, watery, full-calorie beer–was a commodity. But saddled with debt, Stroh couldn’t afford to match the ad spending of its bigger rivals, Anheuser-Busch and Miller. By the end of the 1980s Coors overtook Stroh as the country’s third-largest brewer.”

“In 1996 Stroh repeated his mistake, borrowing yet more money for the $300 million acquisition of struggling brewer G. Heileman. The purchase fell flat. Heileman had breweries in cities like Seattle and Portland, where Stroh didn’t, but it lacked a big stable of strong brands. One industry analyst remembers the deal described as ‘two sick chickens–they were both declining.’”

Overridden with debt and poor management, the company was piecemealed to other major brewers for scraps. $100 million went to pay employee pension liabilities and the remainder to a trust fund the family members drained by 2008.

“FOR GENERATIONS, GROWING UP STROH meant a life of comfort. “My life with my father felt like being inside a gilded bubble,” says Frances Stroh, whose father, Eric, quit the company after a fight with his brother Peter in 1985. An artist at heart, Eric spent millions buying hundreds of antiques–guns, cameras, guitars–to fill the big house that Frances grew up in. Saving, Frances says, was not a priority.”

“And why would it have been when the checks rolled in? In the 1980s the seven members of the fourth generation got $400,000 a year. (There were another 20 or so shareholders from the third and fifth generations as well, who received differing amounts.) That enabled a couple Stroh families to live in stately homes on gated Provencal Road in the tony Detroit suburb of Grosse Pointe Farms, with maids, cooks, country club memberships, boarding school tuition and no need for 9-to-5 jobs. “A lot of people were living off the family business,” says Greg Stroh, who’s now 47. He is not one of them, having gone on to co-found three companies, including Izze Soda.”

“As with too many families with more money than direction, drugs and alcohol followed. Frances Stroh was kicked out of boarding school at Taft after she was caught drinking. Her three brothers also got kicked out of different prep schools. In an excerpt from a memoir about the family that Frances is writing, she describes one incident during her college years when she was snorting cocaine with her brothers while the rest of the family was downstairs having Christmas dinner at their Grosse Pointe Farms home.”

“One of her brothers, Charlie, narrowly avoided going to prison for dealing cocaine in college in the early 1980s. His parents forced him to join the Marines, and good behavior in the service was the key to evading a prison sentence. Yet the demon of addiction reappeared two decades later, in 2003, when he fell to his death from a tenth-floor hotel balcony in Texas, as the sheets he tied together to form a rope failed to hold. He was 43. One report quoted police saying he called the front desk at the hotel “to report a bank robbery and other nonsensical things.”

That great philosopher and financial guru of movies The Mask and Dumb & Dumber fame said, “I think everybody should get rich and famous and do everything they ever dreamed of so they can see that it’s not the answer.”[ii] The answer to what? At one point the Stroh’s family was worth the equivalent of $9 billion. Didn’t they have all the answers? Doesn’t any family with enough wealth to do and buy whatever they want, have all the answers? I assume Mr. Carrey is talking about wealth bringing a family or person happiness and contentment, which, like many wealthy families, had alluded the Stroh family.

Had roles been identified for other family members to determine if there may have been a more qualified person who wanted to be the CEO? Were there qualified family members serving on the company’s board of directors who could have challenged Peter’s actions? The article says there were 30 relatives sharing in the Stroh’s fortune. Since the company was the foundation of their wealth, shouldn’t they have been involved in many of the business decisions and operations? Unfortunately, Greg Stroh, the one person who could have been the right person to be CEO was not yet born but it highlights the value of analyzing the roles each family member can and should have in managing the wealth they will inherit.

Did the family or the business have vision and mission statements? The over-generous distributions of income to all family members who lived lavishly suggests the family was not at all on the same page. It was just an ATM machine, and they didn’t question anyone as to how long the genie could continue to grant their wishes. They obviously had no clue what financial stewardship means and by implication, zero training in financial management. If there were outside advisors, my guess is they worked for the company and other family members likely had their own advisors or none, since it seems many of them became train wrecks. Multiple advisors can create confusion and conflicts because their loyalty is to the person hiring them rather than the entire family.

I will use excerpts from a recent article in Family Business Magazine to suggest how creating a family office might have saved the Stroh’s family, or any family, from financial ruin and imploding. The article uses the term “family bank.” I am replacing that with “family office” as they are essentially the same.

“This family wants to encourage the next generation to be entrepreneurs, hopefully seeing those businesses grow the overall family wealth. The new “family office” will consist of a formal policy, as an amendment to the family charter, describing the purpose and use of family investments.”[iii]

“Most common are venture start-ups run by a family member. Some families will consider commercial real estate, multi-family property or even rental houses with enticing prospective cash flow. Other families include ventures run by non-family members, where they can take a controlling or at least board-level role.”

“Will the family office invest in the endeavor or provide a low-interest loan, or even guarantee a loan from a commercial bank? If you provide loans, then profits from successful endeavors go to the individual family member. If you invest, then profits can be shared by the entire family, as well as funding future endeavors. Some families require recipients to obtain outside investments in addition to the family office (e.g., the office will match other funds– if it is really a good idea, then they can convince outsiders to invest in it).”

“Who will make decisions on investments? Often, families leverage an existing board, such as the business’ board of directors or the family council. In other cases, they have established a specific board for the family office. Families should take care that decisions are fair across family branches; it hurts family unity when applicants from the business president’s branch are approved while those from other branches are declined. Often, families assign someone (another family member or an adviser) to coach applicants, helping them improve their business plans and oral presentation to the board. Governance also includes overseeing investments after they are made — what reporting is required, to whom, and at what frequency?”

“Applicants are required to have a formal, written business plan and to make an in-person presentation on the business to the governing board.

“Each of the above items should be written out in a carefully designed policy. Involve a broad cross-section of the family in creating that policy. Once it is finalized, roll it out at a family meeting, and make sure it is available and discussed at future gatherings. We have spoken with many business founders over the years, too many of whom are lamenting that the younger generations don’t have the same entrepreneurial drive and interest that they did. A family office is a great mechanism for encouraging and fostering that drive.”

“Not that I was ever in need, for I have learned how to get along happily whether I have much or little. I know how to live on almost nothing or with everything. I have learned the secret of contentment in every situation, whether it be a full stomach or hunger, plenty or want; for I can do everything God asks me to with the help of Christ who gives me the strength and power.”[iv]

We will never know if a family office structure could have saved Stroh’s Beer and united the family rather than damaging it, but I do believe they might have seen those uninvolved and uneducated children having access to uncontrolled and unrestricted wealth is not the answer!