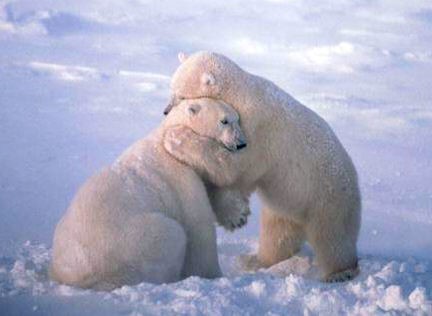 The Strongest Force In The World

You can also read this article at The USA Daily Times

A video was played at a Barnabas Group event I recently attended. I could not help but think what I was watching demonstrated the most powerful force in the universe; a force that can change societies, families, people, and the world if everyone would embrace and apply it to their lives.

Do you know what it is? Are you implementing it in your life? What would you guess it might be? I would agree with you if you guessed love is a powerful force, but I submit there is one even greater. I say this because we can say we love, yet not exercise this force, at least not consistently; however, doing so would certainly be an act of love. Watch the video and then come back to this page to finish the story. (Watch the video now)

You will notice the pastry chef is making a great effort to produce a work of art. It is obvious he is putting a lot of time and himself into his creation. It is an act of love. He has been attentive to every detail. He wants the recipient of his gift to feel valued and important.

Then the surprise. His gift is rejected, not inadvertently, but with real intent. It might even be considered rude, a betrayal of his love and the effort and work he put into his gift. What should his reaction be? Doesn’t he have a right to be angry and bitter? Doesn’t this behavior justify some type of punishment, a lesson that rudeness is unacceptable, and any gift should be received with appreciation, and if not appreciated, there is a price to pay to be sure it never happens again?

Notice the look on the daughter’s face right after smashing the pastry and then when she looks into her father’s face. First, we see mischief and glee in her eyes, then fear that punishment is forthcoming. She knows what she did was wrong but did it anyway. Her father has every right to punish her, or at least yell at her and tell her how disrespectful she is and how disappointed he is in her. Instead, there is no yelling, no punishment, but a smile, a playful dab of chocolate on the tip of her nose, and a hug. Dad had two options, anger or forgiveness. Anger would have ended the video with crying, tears, and resentment. Forgiveness ended it with tenderness, love and happiness.

This video is a microcosm of what goes on in families every day, every year, and every generation. Every person in every family has experienced some level of betrayal, rejection, being taken advantage of, treachery, or disloyalty that creates conflicts and battles. Sometimes those battles erupt into immediate explosions. Other times the resentment and anger seethe under the surface for years, only to erupt when least expected. Often, the offender does not know the damage they have done to the victim. Other times they know exactly what they did because that was the intent, much like the daughter in the video smashing the pastry.

In my previous article, Kobe Bryant; Leader On And Off The Court, I shared the following incident:

“While the family was close growing up and through most of Kobe’s career, they had a huge falling out in 2013 after Pamela and Joe, Kobe’s parents, tried selling his memorabilia behind his back.”

“Sharia Bryant Washington filed a May 11 declaration that stated their mother had mentioned cashing in on Kobe’s success by selling his belongings, according to records inside Orange County’s Ronald Reagan Federal Courthouse. Washington said that she once stored memorabilia from her brother’s music career in her garage but returned the items to her brother “because my mother has access to my garage, and I feared that she would try to sell that memorabilia.”

Kobe remained estranged from his parents until his and his daughter’s untimely and unfortunate death in a helicopter crash on January 26, 2020. While this is an extreme example, it is a good example of what happens when money and wealth are on the line. It may be an unkind word, an unmet expectation, some form of mistreatment or abuse, or lack of attentiveness and absence. It may be a father who makes work more important than time with his children, the mother who insists her daughter take piano lessons when the daughter would rather be a high school cheerleader, the parent who consistently misses a child’s soccer or baseball games, or the sibling that tattles on their brothers and sisters to gain parental favor over them. Sometimes it is unintentional, sometimes intentional.

Everyone is experiencing some form of anger and resentment within their family. If you will be honest with yourself, I imagine you might be able to write down more than one incident about more than one person in your family. I also imagine others in your family could make their list about you. Why are a lack of trust and poor communications the greatest factors causing families to be torn apart and wealth lost? The answer is an unwillingness or inability to forgive, which leads to avoiding a discussion about what happened, which leads to distrust and expectation the violation will happen again, perhaps in a same or different form.

There is no doubt hurt, fear, competition, and neglect occur in every family and every relationship. It is inevitable because we are imperfect, self-centered individuals. It is also true forgiveness is one of the most difficult attributes for us to achieve. It goes against our nature. In fact, forgiveness requires just that, going against our nature. We want payback and revenge, not to forgive our offenders. They hurt us, so we have the “right” to hurt them back. Isn’t that what “fairness” is about? We want others to forgive us when we wrong them, but we are not willing to forgive when we have been wronged. It becomes a vicious circle, we want forgiveness, they will not, so we will not forgive them for not forgiving us; and vice versa. The relationship spirals downward into a black hole, sometimes drawing other persons into it. In the Kobe story, his sisters became estranged with their parents because of what the parents did to Kobe. They were unwittingly sucked into the conflict.

So, how does one integrate forgiveness into their lives? First, understand it is not a one-way street. It is possible you need to seek forgiveness more than you need to offer it. Forgiveness must become a way of life, not a “when-I-feel-like-it” activity. You can start by asking someone close to you if you have done anything to them for which you need forgiveness. Sometimes we may not know we did anything. Other times what we did happened so long ago we may have forgotten, but the victim has not. If you know what you did negatively impacted your relationship with that person, then ask them for their forgiveness and what you can do to make it right. (I told you this is difficult)

If you were the one offended, then start from the expectation they may not care if you forgive them. They may not feel they did anything that needs to be forgiven. True forgiveness should never expect anything in return. Whether you should confront the offender verbally or in writing, or at all will depend on whether the relationship is important enough to attempt to reestablish and heal it. If it is another family member you care deeply about, then a meeting may be best, but remember the objective is not to cast stones or blame and create guilt but to heal the relationship. They may still not acknowledge what they did or want your forgiveness, but you must still forgive them. An attorney friend offered a phrase he used with his estranged brother, “I want my brother back. What do I have to do to get him back?) It worked!

What about that business deal, co-worker, ex-friend, or other person you will probably never see or talk to again? I know someone who feels other parties cheated, were incompetent, and caused him to lose money. Since I know a little about these situations, I know part of the problem is this person did not properly review the signed agreements. The other parties did not take advantage they just followed the letter of the law within the contract. When a person cannot, or will not, acknowledge their role in the problem, forgiveness is impossible. That leads me to another point. Be honest with yourself as to whether you contributed to the situation and if you, not they, needs forgiveness.

You must have the courage to do what is scary and difficult. “If you bring your gift to the alter, and there remember that your brother has something against you, leave your gift there before the alter, and go your way. First be reconciled to your brother, and then come and offer your gift.”[i] If you have been offended, or suspect you offended someone, do not bury it. Take immediate action and have the conversation. Tell the person how what they said or did makes you feel. Find out why it happened and forgive them. If you are the offender, and sense what you did or said hurt them, take a breath and then tell them you are sorry and ask for forgiveness. Explain why you felt the need to react as you did. “Stop lying to each other; tell the truth, for we are parts of each other and when we lie to each other we are hurting ourselves. If you are angry, don’t sin by nursing your grudge. Don’t let the sun go down with you still angry—get over it quickly; for when you are angry you give a mighty foothold to the devil.”[ii]

Not only can you not love others without forgiving them, you cannot love yourself. Carrying anger and resentment within your soul will destroy it. I believe it was Nelson Mandela who said, “Resentment is like drinking poison and expecting the other person to die!” Harboring anger and resentment are like carrying a load of bricks. When you are unwilling to forgive, another brick is added and eventually you collapse under the strain. When you forgive, bricks are removed.

Families and relationships are inherently war zones, some minor and some can be catastrophic. The difference can be a smile, dab of chocolate on the nose, and a hug that says I forgive and still love you; or a choice to not forgive and nurse a grudge that hurts yourself and your family. Forgiveness heals relationships and changes lives.

Kip Kolson is the president of Family Wealth Leadership, a multi-family office and family coaching firm, and author of You Can Have It All; Wealth, Wisdom, and Purpose—Strategies for Creating a Lasting Legacy and Strong Family. You can order your copy at Amazon, the FWL website, or email info@familywealthleadership.com