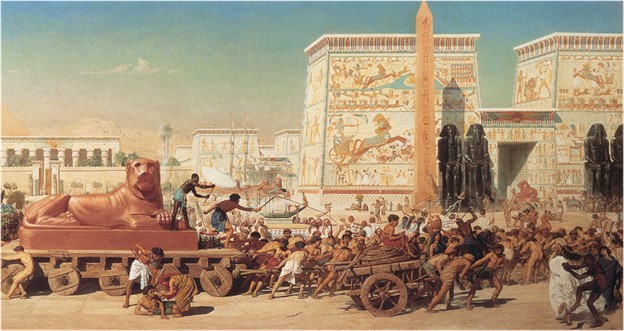 “In 1787, while our first 13 states adopted their new constitution, Alexander Tyler who was a Scottish History Professor at the University of Edinburgh, said this about the fall of the Athenian Republic some 2000 years earlier:

“A democracy is always temporary in nature; it simply cannot exist as a permanent form of government.  A democracy will continue to exist up until the time that voters discover they can vote themselves generous gifts from the public treasury.  From that moment on, the majority always votes for the candidates who promise the most benefits from the public treasury, with the result that every democracy will finally collapse due to loose fiscal policy, which is always followed by a dictatorship.”[i]

If you are familiar with my articles, you know I find the parallel between society and families to be unmistakable and predictable. A key phrase in Mr. Tyler’s statement is, “will continue to exist up until the time that voters discover they can vote themselves generous gifts from the public treasury.” We can apply this statement to families so it would read, “A family will only last until the time the children discover their parents will provide generous gifts for anything they, the children, want until the family’s treasury, and the family relationships and structure, collapse due to loose fiscal policy.”

Is this result really assured? History proves it is because every democracy has collapsed after about 200 years. America’s democracy is at the 245-year mark and based on national budgets that spend trillions of dollars on social programs and freebies for everyone, it seems we are at a tipping point. But again, what happens in society will eventually create similar results in families.

Mr. Tyler went on to explain why this always happens. Every democracy has gone, and will go, through these eight steps. So will families.

The problem is that the more people that become dependent on the government, the fewer workers and income earners that pay taxes; the fewer entrepreneurs that generate jobs, and the greater demand for higher taxes from an ever-decreasing tax paying group.”[ii]

America was founded by people who were fleeing England to find religious liberties. Our revolution was really about religious freedoms, which encompass all the other freedoms our constitution and Declaration of Independence address. From what we see and hear daily in the media and internet, I’m guessing we are entering number 7–Dependence!

The evolution of a family too starts with a form of bondage usually caused by difficult financial situations. People take jobs just to get by rather than work at what inspires and satisfies them. Someone in the family decides to break free by taking a leap of faith. It may be a spiritual faith or faith in oneself. If spiritual, it is because they feel helpless and unable to free themselves, so they turn to a higher power. Their escape may be education, relocation, or entrepreneurism. It takes courage and when successful that person experiences liberty. This leads to the accumulation of wealth and abundance. Children and grandchildren are born into this abundant environment. They do not have to work or take the risks the founder took to create the wealth and complacency sets in. The definition of complacency is, “a feeling of quiet pleasure or security, often while unaware of, or unconcerned with, unpleasant realities or harmful possibilities; self-satisfaction; smugness.[iii] The unpleasant realities are that creating and managing wealth requires hard work, wisdom, experience, and a willingness to take risks, fail, and learn from those failures. The reality, “there is no free lunch” hits home! Wealth can dilute and erode those realities. It removes the consequences of their decisions because money will bail them out of problems they create for themselves.

The next level is apathy, they do not care about money or to learn how to make it and manage wealth because they assume it will always be there. Just slide that plastic card into the ATM machine and money comes out. Why worry about anything? Apathy is defined as, “lack of interest or concern, especially regarding matters of general importance. Some synonyms are, “indifference, inertia, coolness, passivity, coldness, nonchalance, sluggishness, listlessness, unconcern, insensibility, unresponsiveness, impassivity, passiveness, impassibility, unfeelingness.”[iv] At this point they are incapable of fending for themselves.

When a person is incapable of taking care of themselves, of being self-reliant and self-sufficient the next phase must be dependence. They have been conditioned and trained to rely on wealth someone else created. When they get their hands on the wealth they mismanage it, it disappears, and they have no way to replace it, so they turn to government or other people and literally sell themselves into bondage. The cycle is complete.

Take Another Lap Around the Desert: A real-life example of this process is documented in the Old Testament of the Bible. You are probably familiar with the story of the Israelites exodus from bondage in Egypt to the Promise Land.

“During the night Pharaoh summoned Moses and Aaron and said, “Up! Leave my people, you and the Israelites! Go, worship the Lord as you have requested. Take your flocks and herds, as you have said, and go. And also bless me.” The Egyptians urged the people to hurry and leave the country. “For otherwise,” they said, “we will all die!” The Israelites did as Moses instructed and asked the Egyptians for articles of silver and gold and for clothing. The Lord had made the Egyptians favorably disposed toward the people, and they gave them what they asked for; so they plundered the Egyptians. The Israelites journeyed from Rameses to Sukkoth. There were about six hundred thousand men on foot, besides women and children. Many other people went up with them, and also large droves of livestock, both flocks and herds. Now the length of time the Israelite people lived in Egypt was 430 years.”[v]

Moses leads about one million Israelites out of bondage in Egypt to the land of Canaan. The distance is approximately 460 miles. On foot the trip should take about one month, maybe less. So, why did it take forty years? When they initially reached their destination, Moses sent scouts to check it out. The scouts reported the Canaanites were giants and the scouts were afraid and discouraged the Israelites from entering the Promised Land. “Why do you discourage the Israelites from crossing over into the land the Lord has given them? . . . The Lord’s anger was aroused that day and he swore this oath: ‘Because they have not followed me wholeheartedly, not one of those who were twenty years old or more when they came up out of Egypt will see the land I promised on oath to Abraham, Isaac and Jacob—not one except Caleb . . . and Joshua . . ., for they followed the Lord wholeheartedly. The Lord’s anger burned against Israel and he made them wander in the wilderness forty years, until the whole generation of those who had done evil in his sight was gone.”[vi]

This story has always intrigued me because it so represents human nature and the eight phases described by Mr. Tyler and what we see in families. The Israelites are in bondage. God sends Moses, His spiritual leader who must overcome his fears and have the courage to demand that Pharoah set the Israelites free. God sends Egypt ten plaques and Pharoah finally relents but has second thoughts and pursues them. The Israelites are trapped with the Red Sea in their path, so God parts the Red Sea to save them from Pharoah’s army. They have the wealth they took from Egypt; God feeds them and provides water during their trek to Canaan and gives them the Promised Land after forty years. They became wealthy, complacent, and apathetic, believing they were in control and no longer needed God. The result, “Then Isaiah said to Hezekiah (Israel’s leader at the time), “Hear the word of the Lord: The time will surely come when everything in your palace, and all that your predecessors have stored up until this day, will be carried off to Babylon. Nothing will be left, says the Lord. And some of your descendants, your own flesh and blood who will be born to you, will be taken away, and they will become eunuchs in the palace of the king of Babylon.”[vii]

From bondage to bondage—from Shirtsleeves to Shirtsleeves in three generations. This truth applies to families because of the above eight conditions every society and family goes through.

The prescription is awareness and intention. Once the “abundance” phase is achieved there must be a high-level alert, a conscience effort to fight the complacency and prevent apathy and dependence that will surely occur if not addressed. The cure for complacency and apathy is gratitude. The best way to inspire gratitude is to encourage philanthropy, especially when it introduces children to the poverty that dominates most of the world and is probably present in their own backyards. It is hard not to be grateful for what you have when you truly understand how little everyone else has. It is also a great cure for preventing entitlement in children.

The remedy to dependence is moderation and discipline. Parents have the responsibility to provide what their children NEED until they can provide it for themselves, but during that time they should help their children acquire the skills, training, experience, and drive to become self-reliant and INDEPENDENT. Do not give them more than they NEED. If they want more than they need, then they should work for it. Dependence is a created condition, which means it can be avoided by discouraging and not enabling it. Giving children too much, especially if it exceeds what they NEED, creates entitlement that contributes to complacency.

“A strange species we are, We can stand anything God and nature can throw at us save only plenty. If I wanted to destroy a nation [or a family], I would give it too much, and I would have it on its knees, miserable, greedy, sick. –John Steinbeck to Adlai Stevenson.[viii]

A family will only last until it reaches complacency and apathy then it will be on its knees, miserable, greedy, and sick. But it is a choice! Stages 5 through 8 can be avoided if the family and every member is willing to unite for a common and shared purpose and embrace and pass onto the next generation the faith, courage, and liberty that will preserve the wealth and the relationships.

[i] A Democracy Will Only Last Until… – Lee’s Summit Conservative (lsconservative.com)

Kip Kolson is the president of Family Wealth Leadership, a multi-family office and family coaching firm, and author of You Can Have It All; Wealth, Wisdom, and Purpose—Strategies for Creating a Lasting Legacy and Strong Family.