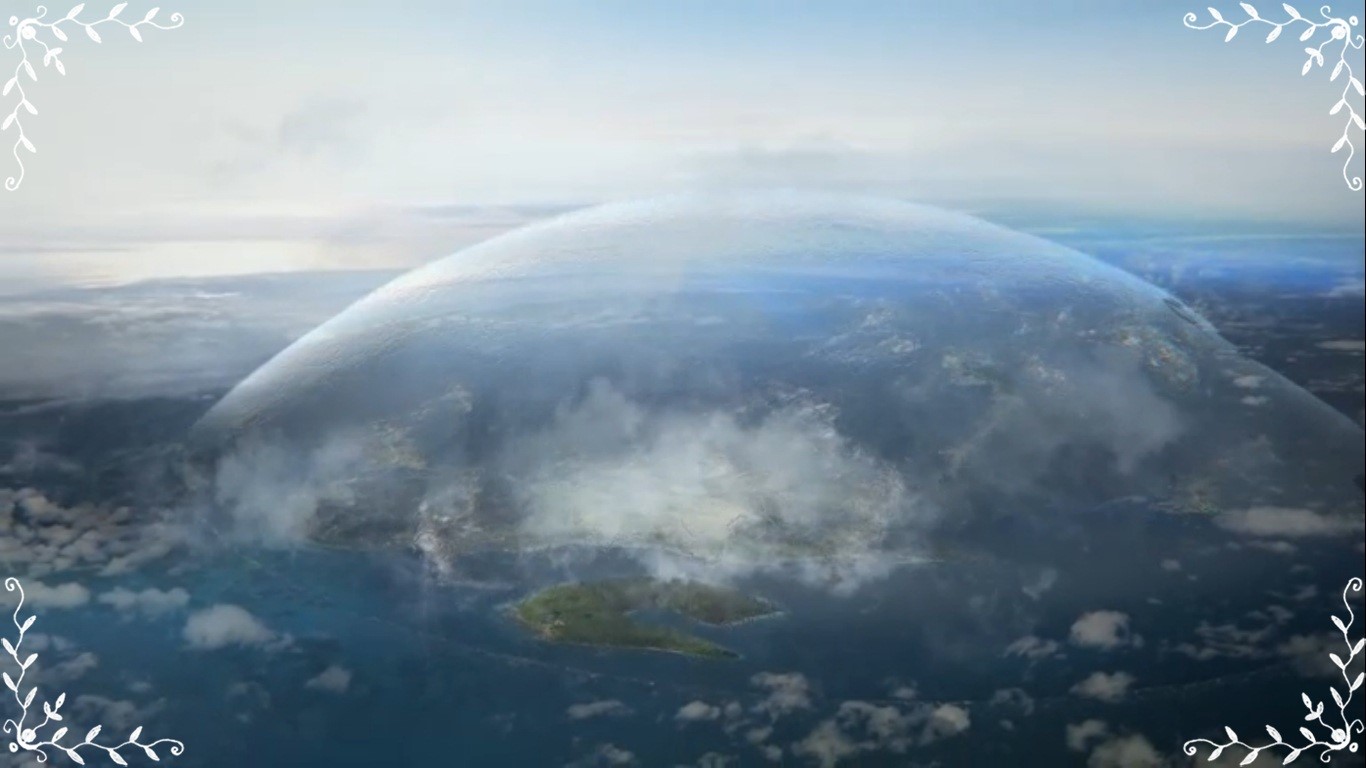 This article also appears at the US Daily Times

“In a discovery that has stunned both authorities and neighbors in a suburban Riverside County neighborhood, 13 brothers and sisters who appeared to have been held captive by their parents in a Perris house were found early Sunday, Jan. 14, after one of them escaped and called 911. Some of them were chained and padlocked to their beds inside the dark and foul-smelling house in the 100 block of Muir Woods Road, the Riverside County Sheriff’s Department said. The victims appeared dirty and malnourished, the release said, and were so emaciated that deputies were shocked to discover that while all looked like children, they actually ranged in age from 2 to 29; six of them were minors and seven were 18 or older.”[i]

While this is an extreme and terrible example, we now live in a world where we try to shield people from every danger and parents attempt to protect their children from failure. I will come back to the parental situation, but the current economic shutdown provides a real-time experiment of what happens when we over protect people.

Let us start with some history. What if the queen had prohibited Columbus from sailing into the unknown because she thought it was too dangerous and impossible, and everyone knew he would fall off the edge of the earth? What if the pilgrims had decided not to set sail to the new world because eighty to ninety percent of them would die on board before reaching their destination? What if our revolutionary forefathers had created a task force to run models on the death toll of going to war with England and decided giving up their freedoms to avoid the loss of life was okay?

If loss of life is the primary consideration, why did we have a Civil War, Korean and Vietnam Wars, two World Wars, and the conflicts we are currently engaged in? When the Japanese bombs demolished Pearl Harbor and commercial airplanes turned skyscrapers into piles of rubble on 9/11, why didn’t we just cower in our homes and hope the bad guys would go away? The answer to all these questions and “what ifs” is Americans do not cower and hide, they fight back, they act, they overcome fear and fight for their freedoms. They understand freedom comes at a very high cost, sometime the ultimate price. They understand fear is the enemy of freedom and it can only be conquered by fighting it.

The problem with government shuttering a nation to protect its citizens, or parents over protecting their children, is it leaves them vulnerable to their enemies. It becomes a self-fulfilling prophecy. Whether the Chinese Communist Party intentionally developed this virus, or it was accidental is still unknown, but I suspect the Party leaders now believe they know how to weaken America based on our response to COVID19. If America shutdown the economy and basically went into hiding this time, then the next new virus may be intentionally created. Yellow Fever, Cholera, Typhus, Influenza, Bubonic Plague, HIV/AIDS, Ebola, Swine Flu, Smallpox, and Measles are a few of the epidemics the world has faced and America fought them and solved the problems, we did not shutter a nation. There will be plenty more viruses in our future and proper and swift action, including quarantining and protecting the vulnerable, is critical to saving lives, but if crippling our economy by shuttering businesses and workers becomes the norm every time a new danger arises, then it will be equivalent to chaining our children and grandchildren to their beds! “An empty stable stays clean, but there is no income from an empty stable.”[ii] The same can be said for over-protective parents who raise children with the inability to be self-sufficient.

If parents attempt to keep their children from failing and avoiding life’s trials and tribulations, the children will almost certainly struggle with failure most of their lives. At some point the parents will no longer be around and the children will be on their own to deal with a world for which they are ill-prepared. Failing is not a fault, it is a lesson, an experience of what works and what does not. A major-league pitcher, professional quarterback, and Olympic gymnast will fail hundreds of thousands of times to achieve their successes, but even now they still fail. Major league batters fail 70% of the time.

Parents, if we stay with an extreme example for the moment, can greatly reduce the risks their children will face in life by locking their children in their rooms and not allowing them to go outside into the world where risks abound. They could catch a cold or disease, drown in a pool, be hurt riding a bike, skateboard or roller skates, hit by a car, fall off the playground slide or swing, or break a bone or have a head injury playing sports. Then there are the emotional and relational risks of not being liked or accepted, not being as smart or as pretty, being called fat or skinny, or being a nerd rather than an athlete.  Freedom and risk go hand-in-hand. The only way to eliminate risk is to take away freedom.

Every parent has probably experienced teaching a child how to ride a bike. The first step is training wheels to overcome the child’s fear of falling and learn balance and avoid injuries. The training wheels are removed, and the parent holds the bike and runs alongside, letting go temporarily and catching the child as the bike tilts, until there is that final release and the child is on his or her own. The child has acquired a new freedom that will let them explore their world, travel with friends, and gain a level of independence and self-reliance. Of course, the child is now exposed to crashes, skinned knees and elbows, and possibly a broken bone. But what if the parents never let go of the bike? The more important question is why does the parent let go? Is it because freedom is worth the risk?

A term that has become popular today is Helicopter Parents. “Helicopter parenting most often applies to parents who help high school or college-aged students with tasks they’re capable of doing alone (for instance, calling a professor about poor grades, arranging a class schedule, managing exercising habits). But really, helicopter parenting can apply at any age. In toddlerhood, a helicopter parent might constantly shadow the child, always playing with and directing his behavior, allowing him zero alone time,” Dr. Dunnewold says. In elementary school, helicopter parents may ensure a child gets a certain teacher or coach, select the child’s friends and activities, or providing disproportionate help for homework and school projects.”[iii]

“We live in an increasingly competitive world. Gone are the days when a 4.0 GPA and decent SAT score could get a child into the Ivy Leagues. Even college graduates who excelled in school may struggle to get jobs and may need to save for several years just to be able to afford an apartment. It’s no wonder that so many parents find themselves micromanaging their children. They’ll do anything to give their kids an advantage.

As it turns out, so-called helicopter parenting does kids no favors. It can be challenging to watch a child fail—or to wonder if they will succeed—but this is a necessary ingredient in the recipe for successful adulthood.

I covered a good example of the devastation this type of parenting can cause in families in my article, Congratulation on Your College Degree in Cheating. You may recall this was the national scandal of wealthy parents hiring someone to arrange for their children to gain entry to exclusive universities by bribing athletic directors and coaches to add their children to the team rosters even though the children had limited or no experience in that sport. Once on the teams, the kids never showed up for practice, but essentially robbed other qualified applicants entrance to the university.

The quoted study above says over-protected children will be anxious and emotionally and cognitively stunted. There is another outcome, one we see playing out today on our shuttered society—Rebellion! Humans have an instinct, need, and desire for freedom, human contact, opportunity, self-reliance, and to succeed at what they believe is their purpose. The nightly news is filled with protests in many states demanding the governors and mayors open their cities and let them get back to work. Certainly, one reason is the need for income, but a greater factor is the human need to produce. Only through producing a product or service other people value and need, does an individual achieve personal value and satisfaction

Likewise, the child who is never allowed to produce something can never experience accomplishment and self-worth. There is a difference between servitude and production. In the lead story the children chained to their beds were required to serve their parents. They were slaves. Fortunately, one child somehow escaped and called 911. This travesty was finally discovered, the parents arrested, and the children freed from their home prison. Rebellion was their only option and salvation.

An additional challenge for wealthy families is they can afford a helicopter, where other families cannot. The college scandal is a good example. Wealthy parents can hover over their children in many ways. The simple example is buying their children everything rather than making them work for whatever they want.

The solution is again offered in the wisdom of this quote, “Every time you give your children something, you take something else away. What is your giving depriving your children of?”[v]

In my article, “Toxic Gift Giving” I explain the five phases of giving that lead to an attitude of entitlement and dependency. Below are questions that should be asked every time you give a gift to anyone, especially your children and no matter their ages.

Let me close with these:

“Consider it pure joy when you face trials of many kinds, because you know the testing of your faith produces perseverance. Let perseverance finish its work so you may be mature and complete, not lacking anything.”[vi] If you want mature, self-reliant children who can deal with the challenges of life, then let them try and fail. In fact, make them try and fail and face their fears. Remember, risk and fear are the enemies of freedom.

Finally, here is a story of a child who had a lot to overcome. As you view this story, I would like you to also focus on the parents. It would have been so easy to, and I fear most parents would, discourage this child because what she wanted was virtually impossible. They could have protected her from negativity of critics, judgmental naysayers, all the bad things and failures she would experience if she pursued this path. But what a difference when parents give their children freedom to soar. View the video.